The Air Gun is a weapon in S4 League. It was added for a testing phase in Patch 24, on the 30th of November 2010, for a week with two other weapons: the Spy Dagger and the Homing Rifle. It was made available in the Shop on the 9th of December with the Spy Dagger.

The distance at which an Air Gun's attack will miss.

The maximum range of an Air Gun blast. 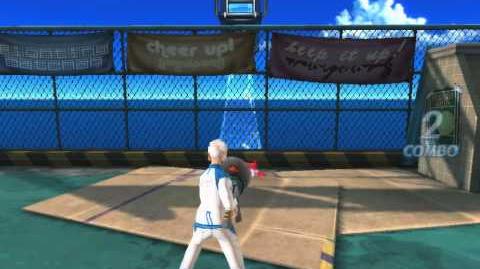