The Counter Sword is a melee weapon in S4 League.

This close range weapon consists of a large, mechanical left arm and a small sword in your character's right hand. It is meant to counter opponents who use melee weapons, featuring area attacks, long-distance knock back, and a blocking system that intercepts weak melee attacks, stunning the offender in many cases.

Expert counter sword users can make use of unique glitches for this weapon to perform advanced maneuvers. 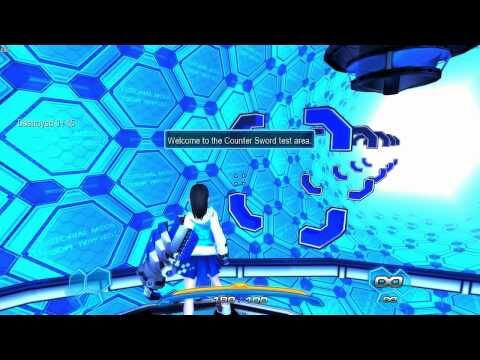