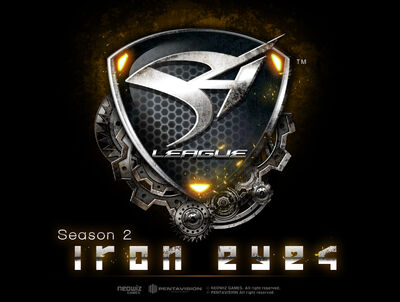 Iron Eyes is the second season of S4 League. It was released on August 3, 2011 in Europe version, October 22, 2012 in Thailand version, December 19, 2012 in Japan version and April 23, 2013 in Indonesia version.. Any content released during this season has a theme of mechanical parts, steel (whether rusting or non-rusting), and gears.

This article is a stub. You can help S4 League Wiki by expanding it.