S4 League (Korean: S4리그) was an online, acrobatic, free-to-play, third-person shooting game first developed by Pentavision and published in 2007 by Neowiz Games. The European servers were shut down on April 29, 2021.[1] Support for all other regions is also discontinued.

The game had multiple developers and publishers along its history. It was published in South Korea by Neowiz Games, Europe and North America by Aeria Games, Thailand by AsiaSoft, Taiwan by Nine Buddy Games Inc., Japan by Game On Studio, Indonesia by LYTO Games, Latin America by Yuisy and Philiphines by VALOFE.

In S4 League, players use eSper skills, acrobatic stunts, and a variety of equippable weapons to compete for the best score. At the advanced level, players have discovered many movement techniques and animation cancels that lead to an almost limitless skill ceiling. S4 League contains both PvP and PvE gameplay, including team-based and free-for-all gameplay.

Players gain experience points for their game account which level up the player's rank, shared between all game modes. An S4 League server has both rank-limited channels and free rank channels. Players could compete within the rank leagues — Rookie, Amateur, Semi-Pro, and Pro — while any player could join the free rank channel. Custom games may also be limited by rank, if desired.

S4 League was classically based upon its team PvP modes, Touchdown and Deathmatch. Developers later added several other game modes including the tag-based Chaser Mode, the PvE Arcade Mode and others.

Touchdown (TD) requires players to take a humanoid ball, called a Fumbi, from the center of the map and deliver it to the opposing team's goal. The ball carrier does not regenerate stamina, limiting their maneuverability and making them vulnerable, which drives the teamwork aspect of the game. The Fumbi cannot be willingly dropped or passed, remaining with its carrier until the carrier dies or reaches the goal. The game is split into halves, and each half can end early if one team reached a certain score. The team with the most points at the end of the game wins.

Team Deathmatch (DM) focuses on elimination, with each team allowed up to 8 players. Both teams attempt to accumulate as many kills as they can within the time limit or until they obtain enough points to win the game outright.

Like the classic playground game of tag, Chaser Mode pits one player against the others. Each round, a random player becomes the Chaser who gains greatly enhanced attack power, stamina, and damage resistance. All other players must evade the Chaser who gains points for every kill. Runners receive points for surviving the round, in addition to more points for dealing substantial damage to the Chaser.

The Chaser is not immortal, nor are they immune to knockback and stuns (though the Chaser's enhanced stamina aids them in escaping stuns).

A Chaser's power is granted by a guardian, also called a "virus." The in-game shop offers different guardians for purchase which changes the guardian's appearance and provides additional buffs. These buffs include, but are not limited to, increased or decreased probability of becoming the Chaser.

In Arcade Mode, players compete against hordes of AI enemies in a ongoing storyline. Players get PEN upon completing missions, and when a player finishes a chapter they receive bonus enhancement Chips that can be slotted into clothing or weapons. As an additional reward, players receive an Arcade Capsule after completing the Arcade Mode.

S4 League's free-for-all Deathmatch mode, Battle Royale, pits all players against each other to see who can gain the most kills in the time limit. As an added twist, killing a player who is marked for death awards more points.

Not to be confused with the contemporary "Battle Royale" game genre.

In Captain Mode, players start as upgraded versions of themselves, called captains, with increased hit-points. A player remains a captain until they are slain, after which they respawn as a normal unit. The objective is to eliminate all of the opposing team's captains while protecting those of your own team. All non-captain players can detect the location of enemy captains.

Siege Mode is a location capture mode that challenges each team to capture 3 points around the map. Collectible buffs spawn around the map which enhance stats like attack power or reward gains like increased PEN rewards.

Each account can possess up to three characters, all of which share the same account rank, display name and inventory. Each character may be customized with a different loadout. While players cannot edit loadouts in the middle of a match, they can select from their pre-designed loadouts between rounds.

Weapons and Clothes are purchased with in-game currency earned by participating in matches. Players may also buy premium versions of weapons including those with bonuses of otherwise unattainable level. S4 League offers a wide variety of clothing designs. Both clothing and weapons have selectable power rewards which are standard across all styles. Note that S4 League does not enable trading of weapons or resources of any kind.

Different weapons change the movement speed of the character which is important for evasive and ball-running game modes. Ranged weapons vary by fire rate, bullet spray patterns, damage per bullet, and clip size. S4 League also has melee weapons which can stun, slow, or knock back opponents.

Skills are the assorted eSper powers that add game-changing abilities and buffs to a character. Each character can equip up to one skill. These skills may be activatable, such as Flying, Block and Invisible, or passive such as HP Mastery, SP Mastery and Detect. Active skills consume SP.

A PlayStation Portable version of the game, S4 Portable, began development in 2008 but was ultimately cancelled.

Artwork of Lock Away Set 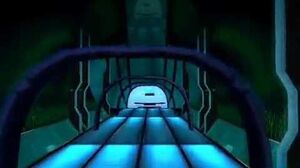 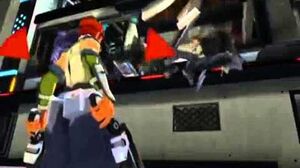 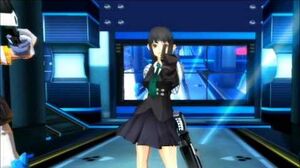 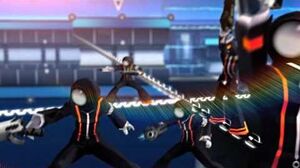 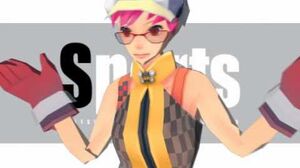 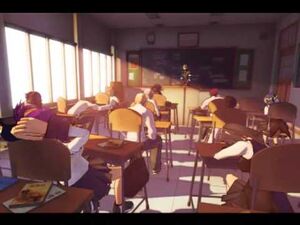